Humpback whales are found in the sea around the Cape Verde islands. If you are lucky you might see them breaching or spouting water from land. However, whale watching trips are also possible.

Whale watching in Cape Verde is a popular activity with visitors. Trips to view the whales are organised from Sal and Boa Vista and some other islands. Sal and Boa Vista are the best islands to visit of you wish to see whales. Boa Vista has recorded more sightings than Sal. It is generally considered that a point midway between the two islands of Sal & Boa Vista is the best location. Wear sensible shoes, and something to protect you from the wind if you go on a trip. The best time of year is between March and April, but they can also be seen as early as February and as late as May. If you are lucky you will witness their acrobatics. You may also see dolphins, turtles and flying fish in addition to whales.

Although Boa Vista and Sal are considered the best islands for whale watching, it is sometimes possible to see them off other islands in the Cape Verde archipelago. The island of Maio is one such location. The ideal property is situated in Vila Do Maio in Stella Maris Village, where they can sometimes be seen directly from the terrace.

Boat trips to see whales will normally last between 2 and 3 hours and are to some extent governed by the weather. Day trips (7 hours) are also available. Sea Adventures Boa Vista organise tours out of Sal Rei on Boa Vista.

Dolphins are also regularly seen along side the boat  and this can be bat any time of the year.

We work with Sea Adventures on the island of Boa Vista.

Humpback whales are the main species found around Cape Verde, but others such as Pilot whales or Sperm whales are also seen occasionally. They will normally travel in small groups of two or three, known as pods.

Humpback whales are very large creatures, but the blue whale is the largest whale. The name is misleading because they don’t usually have a hump on their back. It is the shape they form when diving deep into the sea that gives them this name.

Humpback whales are found all over the world and can travel on average about 5000km. Weighing up to 40 tonnes (44 tons) and as much as 18m long these creatures are truly giants. Humpback whales make seasonal migrations between their high-latitude feeding areas and their low-latitude breeding grounds. This migration is the reason it is possible to see see them in the waters around Cape Verde. The humpback whales have two breeding sites in the North Atlantic. The archipelago is one of those two locations.

They will feed on plankton, krill and small fish in colder waters. Then they move to the warm waters of the tropics to breed and give birth to their young. These Humpbacks are also very noisy creatures. It is said that the males ‘sing’, which it is thought might be to attract a female and to announce their presence to other males. This singing ranges from high-pitched noise to low rumbles.

More facts about Humpback whales can be found on the Lifescience website.

Sadly whales sometime find themselves stranded on beaches. This happened two years ago on the small beach next to Stella Maris on the island of Maio. Luckily on that occasion volunteers managed to get the three small whales back into the sea.

What everyone wishing to view whales likes to see is the whales breaching. This happens when the animal rises up out of the water when travelling at speed. During a breach the whale can expose as much as 90% of its body above the surface of the sea. No one has a firm opinion as to why they do this, but it is a spectacular event to witness.

They also sometimes splash the water with their flippers or their tail. If you are lucky you may see the tail come out of the sea as depicted in the picture above.

Humpback whales have been on the list of endangered species in the past. Whilst some groups still are, most have now been taken off this list because efforts protect and conserve them have been successful.

If you can be in the country during the peak breeding season, then whale watching in Cape Verde is well worth it. It is also a great way to enjoy nature and it is suitable for all ages. Sightings cannot be guaranteed, but the trip is a lovely thing to do. 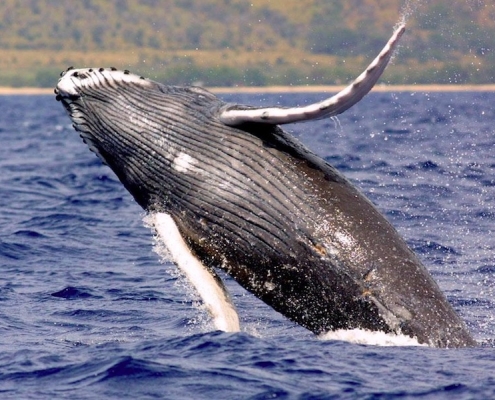 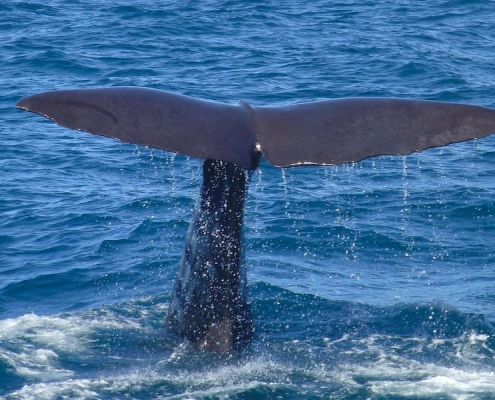 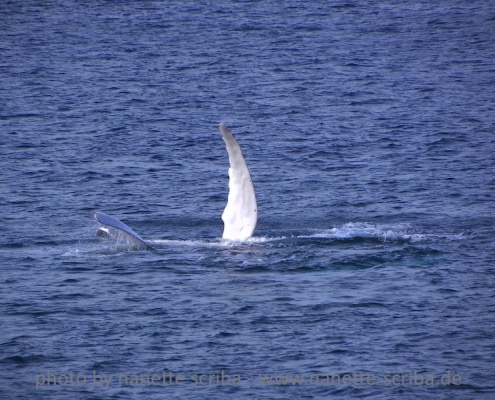 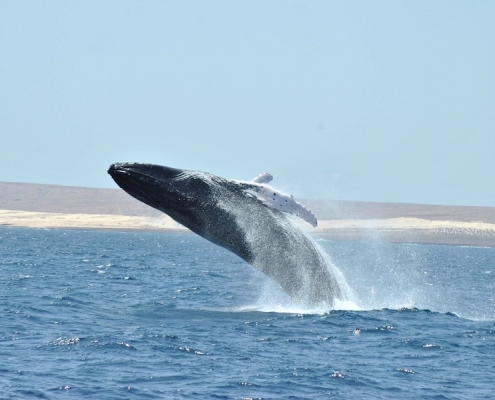 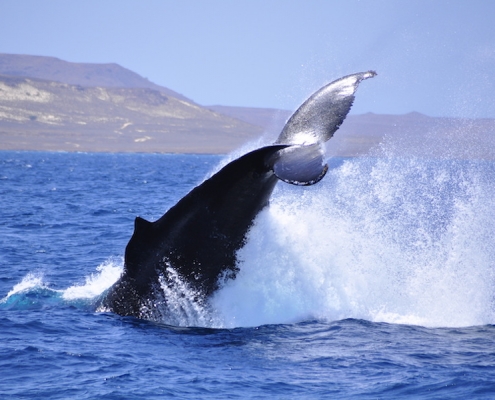 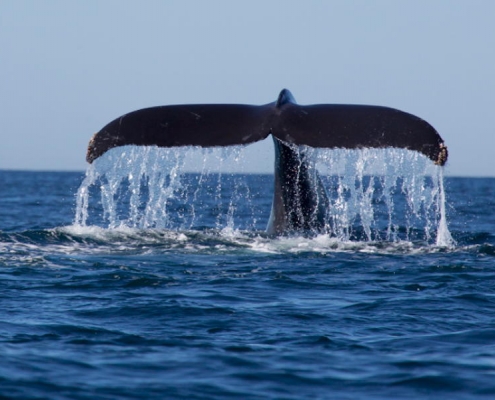 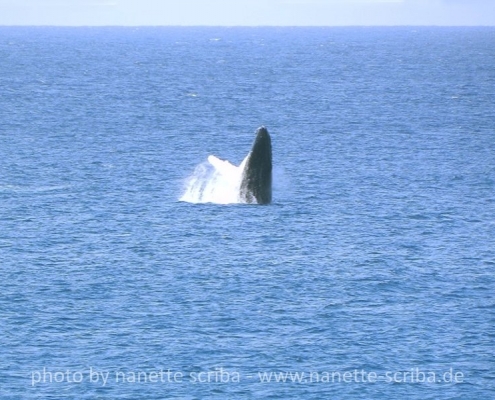 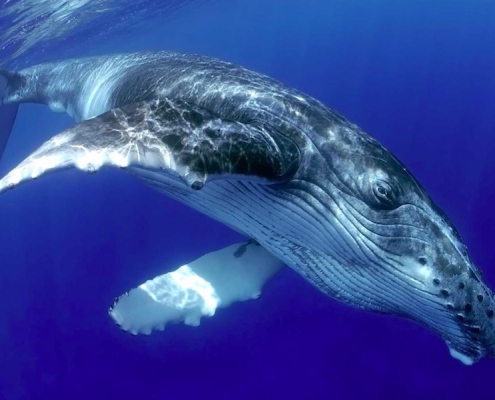 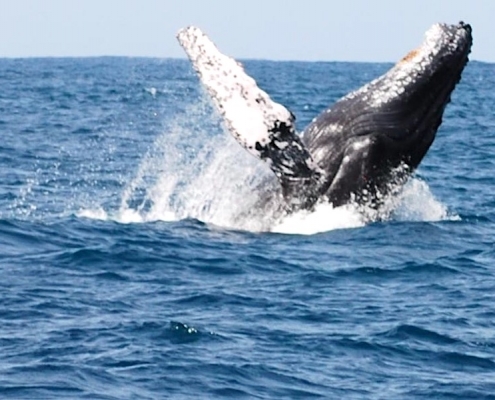 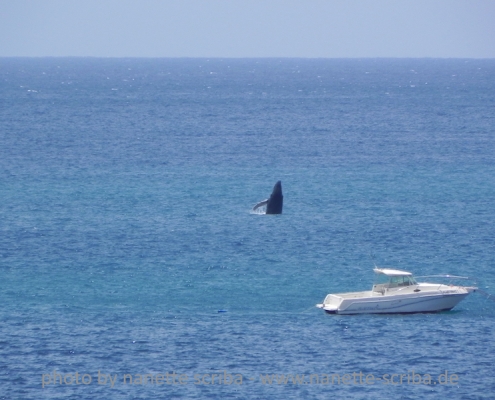