Cape Verde is a great country for turtle watching. Turtle watching in Cape Verde is a lovely experience and can be the highlight of your holiday. Cape Verde is home to loggerhead turtles, and has one of the three largest nesting populations of these lovely, gentle animals. The turtles make their nests in the sand dunes on several of the Cape Verde islands. Most notably on the islands of Maio, Sal, Santiago and Boa Vista. These are the more easterly islands in the archipelago and furthermore the sandiest, which is why the turtles favour them.

The female turtle will normally come onto the beach between three and five times and at intervals of between 10 and 15 days. She will build her nest and lay her eggs and as many as 100 every time. The eggs will then hatch in approximately 60 days. The baby turtles then make their way into the sea, however, some sadly don’t survive.

Turtles mainly nest between July and October. To see the turtles hatch and make their way to the sea you will need to be there in August/September and maybe October. It is possible to arrange organised tours of the nesting grounds and also the hatcheries. Money raised in this way helps to fund the specialist conservation work. Sadly people hunt these gentle animals for food, furthermore the eggs are at risk of being stolen. In addition, they have to contend with the building of large tourist resorts. This removes sand from the beaches and introduces lighting, which confuses the turtles.

The Cape Verdeans take the protection and conservation of the turtles seriously. There are several projects set up to conserve these animals and also to maintain and preserve their nesting sites. In 2017, the Cape Verde government made it illegal to kill turtles.

In 2007 on the island of Sal, two people, Juan Blanco and Jacquie Cozens became very concerned about the welfare of turtles. They started patrolling the beaches and counting the nests, and also set up a hatchery project. These two people met and SOS Tartarugas was formed. More recently Projeto Biodiversidade was formed by some employees of SOS Tartarugas and the work has now been taken over by the new organisation.

On the island of Boa Vista The Turtle Foundation patrol the beaches where the turtles nest. This started in 2008 when the Foundation sent representatives to the Porto Ferreira beach. That is one of the main nesting beaches on the island. Before this, in 2007 some 600 or more turtles were slaughtered on that one beach. In 2008 the number had drastically reduced to 60. Now they are working on five beaches and the number of turtles being slaughtered has continued to reduce.

Whilst the islands of Sal and Boa Vista are probably best known for turtles, turtles also nest on other islands, such as Maio. On Maio, the work of protection is overseen by the Maio Biodiversity Foundation.

If you walk through some of the sandy areas, or have hired a quad bike and visit the sand dunes, you will see signs in some locations prohibiting vehicular access. This is to protect the turtles and their nests and therefore should be observed. Careless use of the sand dunes could adversely affect this work and destroy the nesting sites.

Turtle watching in Cape Verde is encouraged, because it helps to raise money for the conservation work. You can support the conservation by straight donations, alternatively by sponsoring a nest or by adopting a turtle. 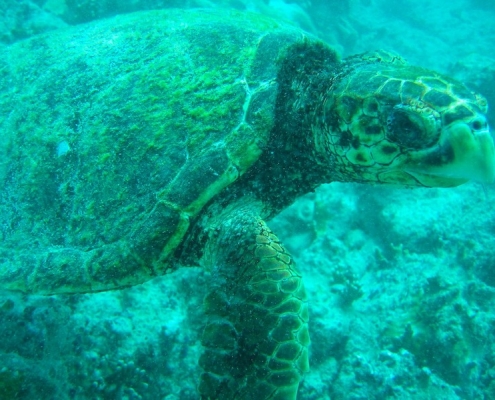 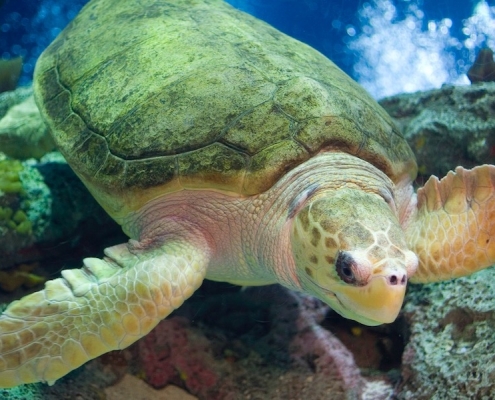 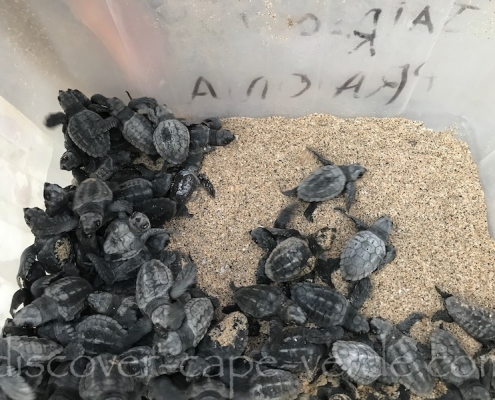 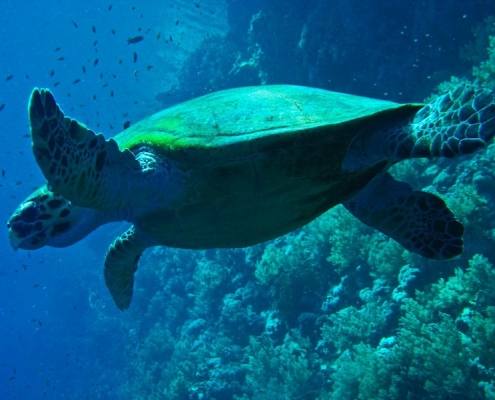 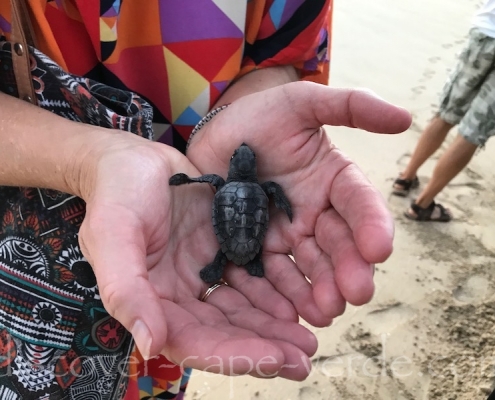 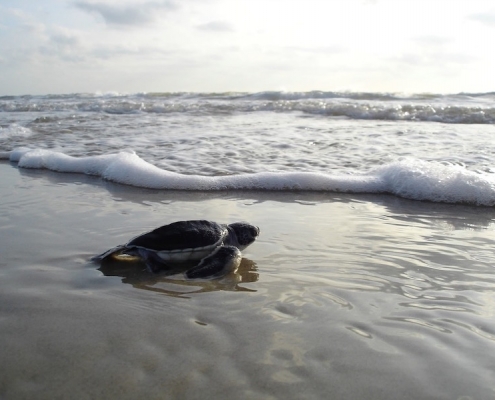 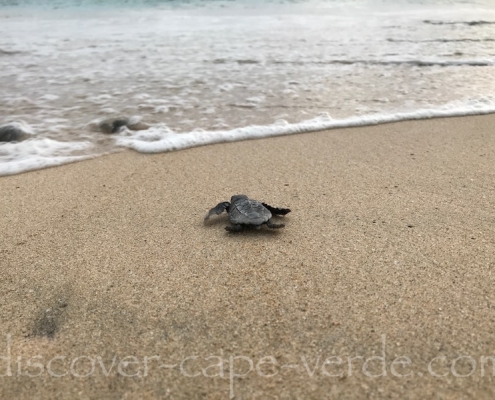 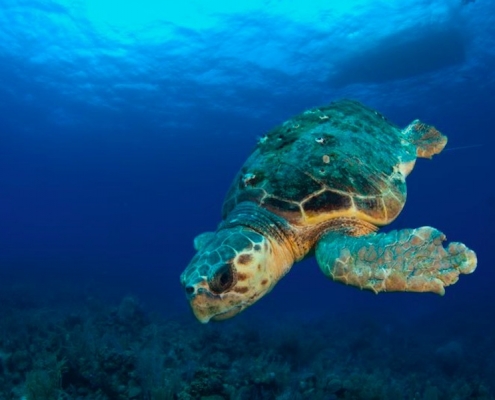