The seas around the Cape Verde islands are influenced by the tropical waters and the Atlantic currents. They are rich in marine life. Loggerhead turtles nest in the sand dunes of Cape Verde and there are also humpback, and occasionally sperm, whales, flying fish, dolphins, manta rays, groupers and various types of shark, including nurse sharks and lemon sharks. In addition to these larger species, there are also large shoals of various fish including parrotfish, bass and sea bream. There is a variety of underwater features including shipwrecks, walls, lava screes, canyons and caves. Many of the sites are located between about 10 and 22 metres. This makes it good for all levels of diving and snorkelling experience.

Diving can be a very rewarding experience and there are diving facilities or clubs on most of the islands. Diving is possible for people of all levels or experience, with tuition available. Cape Verde has become one of the best diving locations around the world. For diving in shipwrecks, we would suggest the island of Santiago; for turtles large open water creatures the islands of Boa Vista and Maio; for the biggest choice of diving operators then maybe the island of Sal.

Cape Verde doesn’t really have a rainy season, although if it rains, it tends to be around the September time. It maybe therefore, that the visibility in the sea will be less between about August and October. However, because rain is not very common diving is usually possible all year around. Hurricanes very rarely affect Cape Verde, but they form nearby. During the hurricane season there could be a bigger than normal swell.

The sea temperatures range from around 19ºC in the winter to about 27ºC in summer. For the opportunity to see the whales then between January and March is the best time when the whales are migrating. Many of the other creatures are there the whole year round. Between June and November the turtles mate. At that time they are seen underwater or on the sandy beaches when they lay their eggs.

Cape Verde may not be in the front of the diver’s mind when planning a holiday. However, it does provide the opportunity for year-round diving; there is an abundance of Cape Verde marine life and all this in warm waters, with lovely beaches on which to relax afterwards. 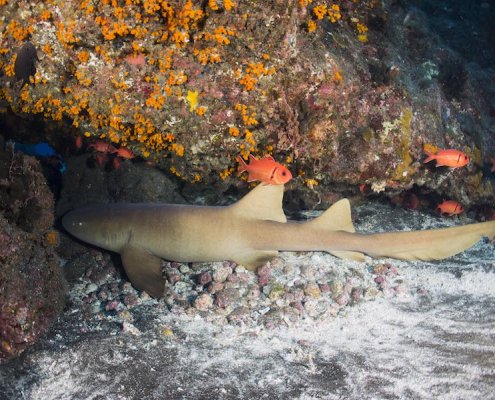 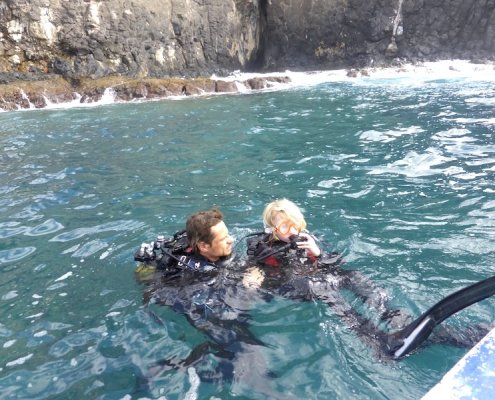 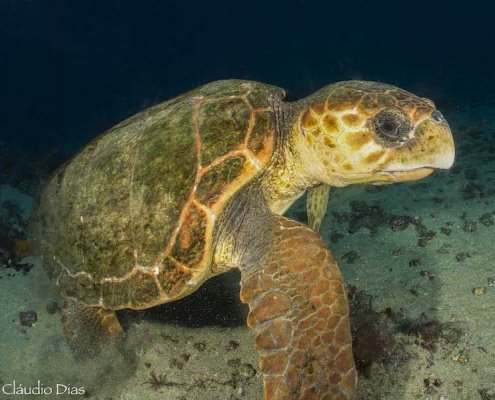 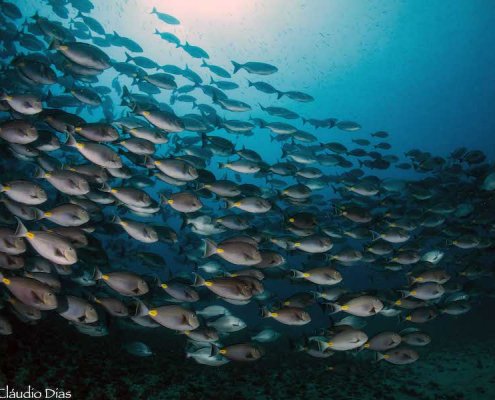 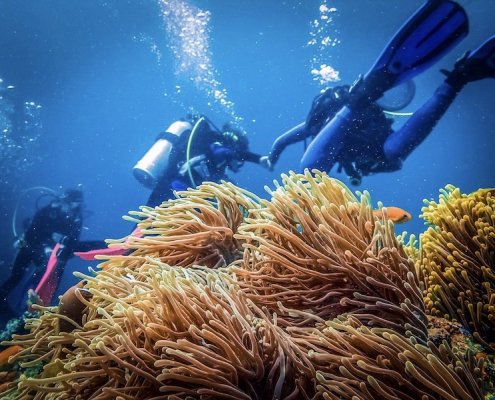 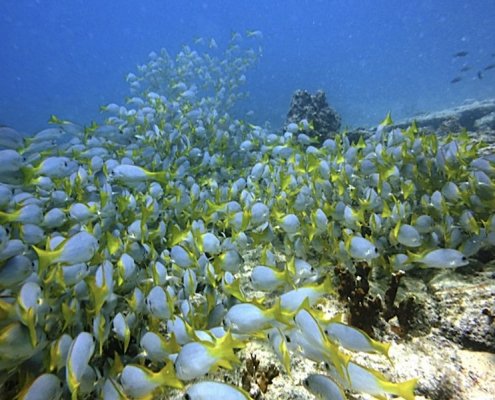 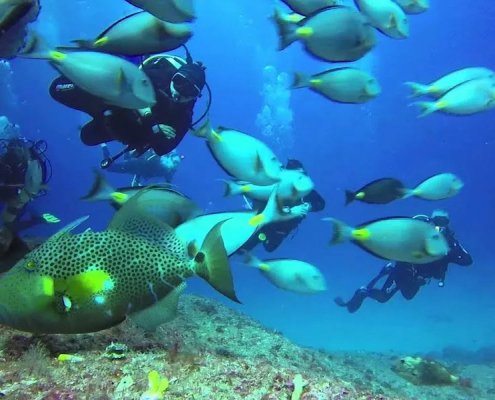 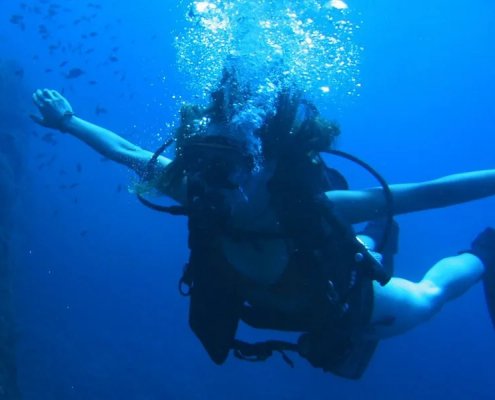 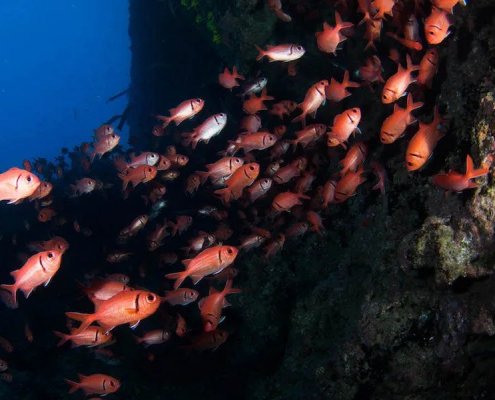 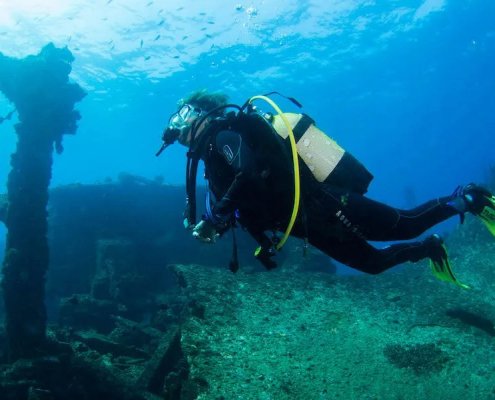